If you’re ever at the Toledo Amtrak station at 3am, and you need something hot, caffeinated and a little bit gross that tastes nothing like coffee, there’s a Nescafé vending machine there that’s only $1.

Also, if you know you’re going to have to be at the Toledo train station at 3am, make a day of it!  Go to Toledo in the early evening, to cheer on the MudHens in a minor league ballgame!  If it’s a Friday, they’ll have fireworks after, and it’s a ton of fun, and if you’re not in a hurry you can dally at the ballpark and relax in the seats as the ground crew works on the field after everyone’s gone. Plus, there’s a Denny’s down the road where you can snack after the fireworks before heading to the train station!

And, one more way to make this an awesome trip?  Spend the whole time with your mom, chatting and laughing and people watching! 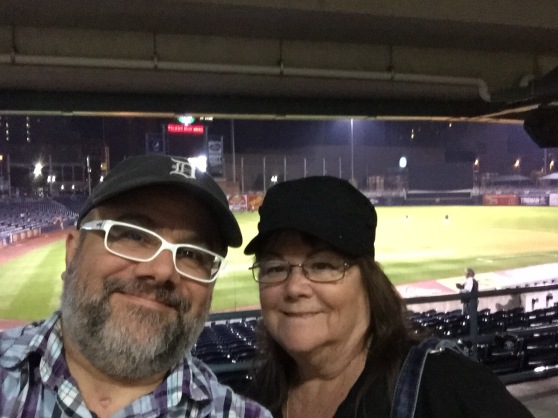