I’d better get some gas for the leaf blower!

My daughter and I decided that our dogs should enjoy Halloween too! 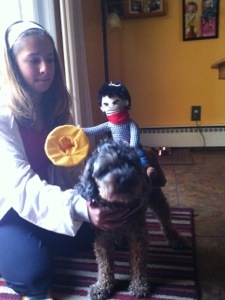 The Tigers are in the World Series! They’re down 0-2, but they’re back in Detroit tonight and I think they’re gonna take the next 4 games! 🙂

Any FRINGE fans out there? I love the show. Only 9 episodes left, and I had to buy a shirt from the show… So I bought a concert shirt from the fictional band that Walter listens to! 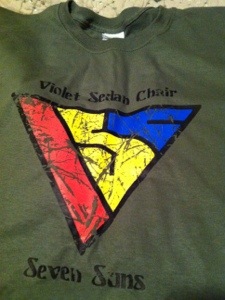 Ebenezer, the world premiere by Joseph Zettelmaier, is the next show at Williamston Theatre. It’s a beautiful piece. First rehearsal was this week, here’s the cast at the read thru: 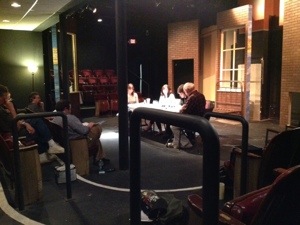 Okay, I started this post this morning – then a bunch of Quality Family Time happened, and now I’m finishing it. Several hours of leaf work has resulted in this: 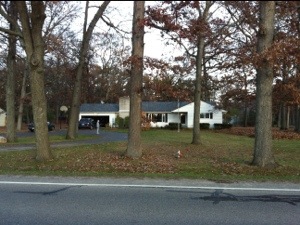 Now, time to prep for the Tigers game: I have to make sure my couch is properly stocked with snacks and remote controls!