Okay, this is the “it’s been too long since I’ve posted and I’ve been working too many hours and laid up too much with a sinus infection thank God for antibiotics” pic post! Some random things from the last week!

my son giving me a tough look 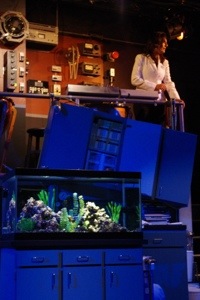 Another shot of the set and Sarab Kamoo

I officiated the wedding of my friend Megan Buckley to her wife Birdie Ball! It was a beautiful night! 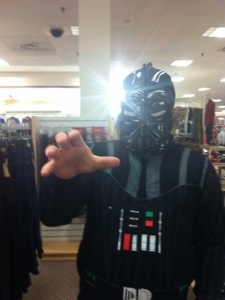 When shopping with the kids, may have found this Darth Vader hoodie that zips up completely over your head to give you a mask. That may be me using the force to choke someone… And it may not… 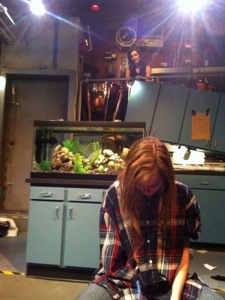 I love this picture from boom, with Alissa Nordmoe, Aral Gribble and Sarab Kamoo.

Even though I had a lot going on (or maybe because I had a lot going on), and had a sinus infection, it was a terrific week. Loads of fun stuff, lessons learned, pictures taken. Looking forward to writing more about it. In the meantime, hope YOUR week was great!