Castle Panic is a fun, silly board game that creates a surprisingly high level of… well, panic! 🙂 The players are all on a team, playing AGAINST the game, so it’s a fun collaboration to stop all of the attacking hordes before they wipe out your castle!

I love this picture, though: Maggie and Jeanne are adorable as always, and Max is adorable in his “I will never ever just smile normally for a picture” way! 😂 Plus, if you zoom in, at the top you can see our picture on the wall of the kids when they were really little, being photogenic on a playground slide! ❤️

I hope with the upcoming holidays, and snow days, that you all get a chance to relax with some *Quality Family Time, whether it’s movie and popcorn night, or battling evil monsters who are hell-bent on destroying you and your castle!

A great week. We had a wonderful four previews of End Days at Williamston Theatre. The shows were terrific (and very well sold!), and we got really good feedback from four excellent audiences. 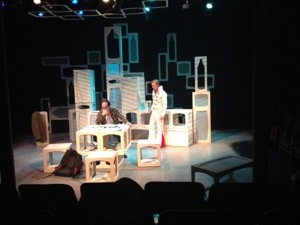 Also, my son had his first Solo and Ensemble competition, where he got a 1 and 2! 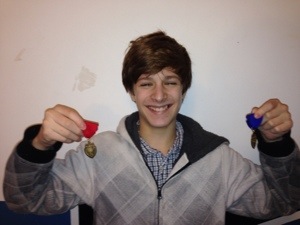 He loves playing his violin, and I’m really proud of him!

It’s that time of year again! My friend Duncan is the Head Brewmaster at Grizzly Peak BrewPub in Ann Arbor, and since 2005 he’s brewed a seasonal beer named after me, Bitter Tony’s Rye Bitter!

(The origin story for that beer can be found here!)

So, tonight a bunch of us went and enjoyed some good food and my eponymous drink!

One of the wonderful people involved in End Days cleaned the snow and ice off my car after the show the other night before I got outside… and if that wasn’t enough, they left me a note on my trunk! 🙂 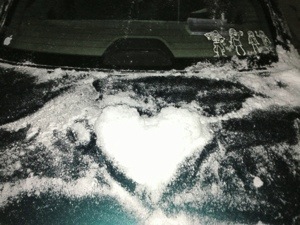 Last pic of the night:
We had a great morning on Saturday, playing a bunch of Get Bit!

What’s Get Bit, you ask? A fun silly family game where you’re all a bunch of robots, swimming away from a shark… And to win, you have to be the last one to lose your limbs! Check it out here!

Tomorrow is Monday – have a productive, fun-filled week everyone!

Cherish your visions; cherish your ideals; cherish the music that stirs in your heart, the beauty that forms in your mind, the loveliness that drapes your purest thoughts, for out of them will grow delightful conditions, all heavenly environment; of these if you but remain true to them, your world will at last be built.
-James Allen

Random pictures from the random events that life throws at a guy… (not a random guy, though. Specifically, me.) 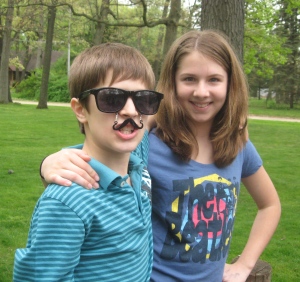 Here he can be seen modeling his birthday present from his big sister: Sunglasses with an attached moustache.

Since we had the whole family over, we took some family photos! I posted about family HERE, but this picture is fun: My kids, and my nieces and nephews. (Note: Many of them are wearing shirts my sister-in-law bought advertising “Crabby Frank’s Restaurant”. My dad’s name is Frank!)

My birthday is coming up… (in January). I’m also posting a pic of this shirt that can be purchased at zazzle.com. No connection between these two facts, just coincidence… 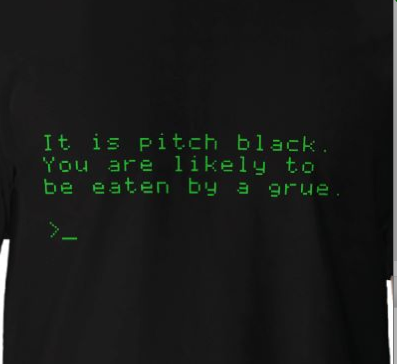 This weekend we tech The Understudy. Rehearsals have been a blast. Here’s a fun shot of the set a couple of days ago. Soon that big wooden structure will be covered with something very cool – I’ll post more later! 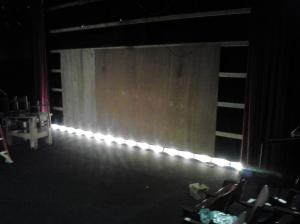 Lastly, my parents stayed with us for a few days… the other night we had a great time with 3 generations of the family sitting around the table playing a lot of Zombie Dice! 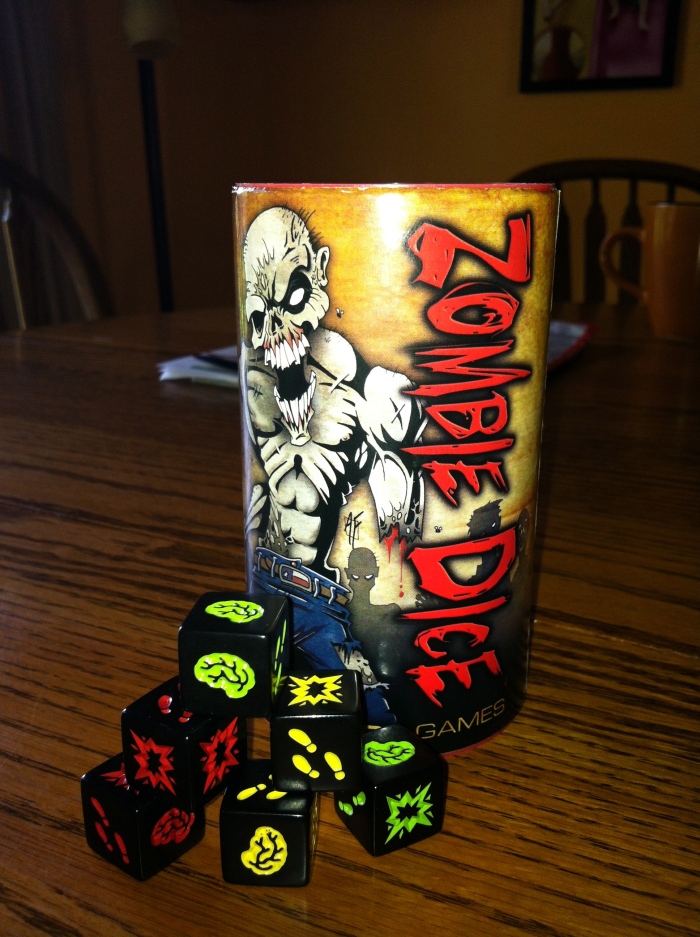 A very fun game, it was a lot of fun to play with my wife, parents, and kids at the same time. What? You’ve never played Zombie Dice?! Check it out here. (And there’s an iPhone app for it, too!)

Now – more rehearsals. More family stuff. I hope your week has been as good as mine!